Rally-honed hero is back for 2022 with all-new mechanicals and a rugged overhaul, but no UK sale planned. The rally-honed Subaru WRX has been reborn for 2022 with a new platform, overhauled interior and heavily upgraded chassis – but it still uses a turbocharged boxer engine and offers a manual gearbox.

The fifth-generation WRX, which has been marketed separately from the Impreza on which it is based since 2015, arrives three years after its predecessor was pulled from the UK. And, like its closely related BRZ sibling, it will not be sold in the UK. Subaru’s UK managing director, John Hurtig, told Autocar last year this decision was taken to allow the brand to focus on its more mainstream SUV line-up.

“[The WRX] was a performance car, a rally car,” Hurtig said. “It was a good era in UK. But it’s history. It’s a long time ago now. It has nothing really to do with the Subaru brand as it is today.”

Power comes from Subaru’s new 2.4-litre turbocharged four-cylinder boxer engine – a format used by every WRX since the Mk1 of 1992. Here, it pumps 271bhp and 258lb ft (43bhp and 74lb ft more than the naturally aspirated unit in the BRZ). Power goes to both axles via a six-speed manual gearbox or a new automatic Subaru Performance Transmission (SPT) said to offer 30% faster upshifts and 50% faster downshifts. 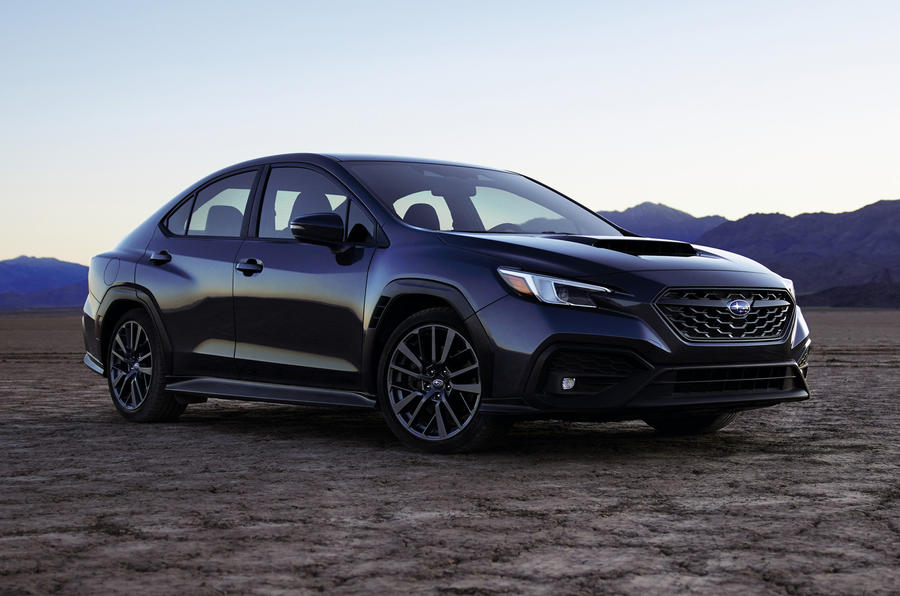 The torque curve has been broadened to give peak output from 2000rpm to 5200rpm and Subaru claims the extra 400cc of displacement – along with a new electronically controlled turbo wastegate and bypass valves – improves the throttle response.

One of the most significant evolutions for the WRX is the switch to Subaru’s new Global Platform, shared with the Outback estate and Forester crossover. This is claimed to bring “a substantial upgrade in ride and handling performance”, with increased chassis stiffness and a lower centre of gravity. It’s said to have 28% more torsional rigidity than the previous chassis and the rear stabiliser bar is now mounted directly to the body (rather than the subframe) for flatter cornering performance.

With overhauled front suspension, quicker steering and ventilated disc brakes all round, the WRX is claimed to give “the highest levels of dynamic performance and ride comfort in its history”.

The newcomer’s design is characteristically inspired by the WRX’s historic association with top-flight rallying. A sizeable bonnet scoop dominates the front end and chunky black trim adorns the wheel arches and side skirts in a nod to its off-road potential. The rear spoiler is more subtly integrated than on earlier WRX-badged models, but any top-rung WRX STI variant will be differentiated by a traditionally outlandish aero-influenced styling package.

Subaru also highlights several ‘functional’ styling elements as factors in the WRX’s improved dynamic performance. New air outlets behind the front wheels, for example, reduce lift on the front tyres and improve stability, while similar outlets at the rear help to stop air getting trapped behind the rear bumper. Even the engine’s undertray features a special “aerodynamic texture” that reduces air resistance to increase front-end downforce. 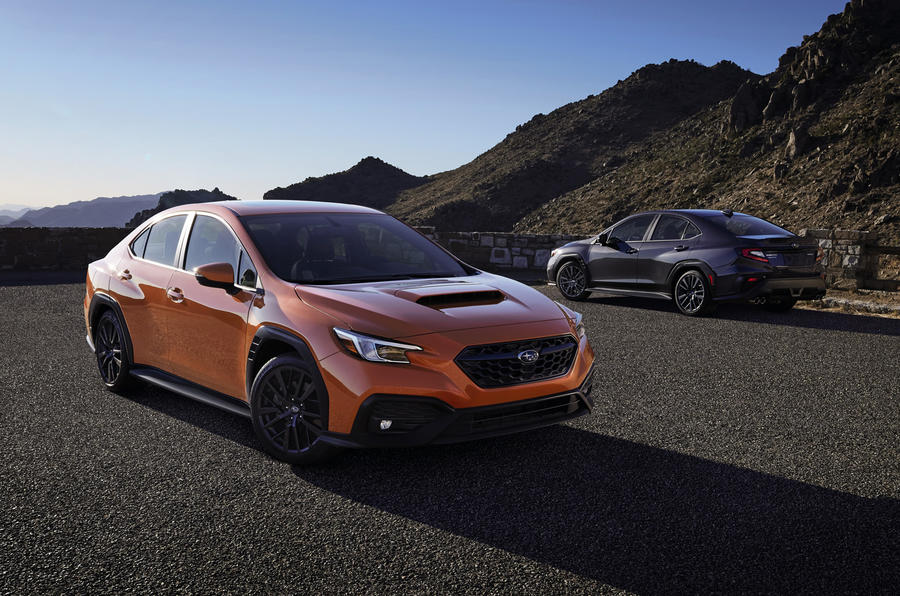 The WRX’s reinvention is perhaps most evident inside, where a wide-reaching overhaul aims to bring the sports saloon into line with more premium-oriented rivals. It’s still driver focused, with a flat-bottomed multifunction steering wheel and a smattering of red stitching and carbonfibre accents, but it now has Subaru’s latest Starlink infotainment platform, controlled via a 11.6in HD touchscreen with Apple CarPlay and Android Auto built in.

New for 2022 is a range-topping GT trim package, which brings bespoke Recaro sports seats, adaptive cruise control and automatic emergency steering, along with improved dynamics courtesy of electronically controlled dampers and 430 different customisation options for the suspension and steering.

Subaru has yet to confirm pricing for the new WRX, but it will be positioned, like its predecessor, to take on hot hatches like the Volkswagen Golf R and Honda Civic Type R. A US entry price of under $30,000 (£21,800) is likely.

Farewell to a classic: driving the last Subaru WRX STi​