Wrightbus has announced the creation of 300 new jobs at its headquarters in Ballymena, Northern Ireland, with a further 120 part-time roles set to become permanent.

The company is planning to step up production numbers in 2022 after securing a string of orders from the UK and Ireland, capping a remarkable turnaround from being bought out of administration in October 2019.

At that time, Wrightbus had only 56 members of staff; when the new roles have been filled next year, it will have 930.

“It’s a fantastic success story, and not one many people would have imagined just a few short years ago,” said Wrightbus managing director Neil Collins.

“In the last two years, the company has not only been bought back from the brink but has been reinvigorated and has seen a period of phenomenal growth. 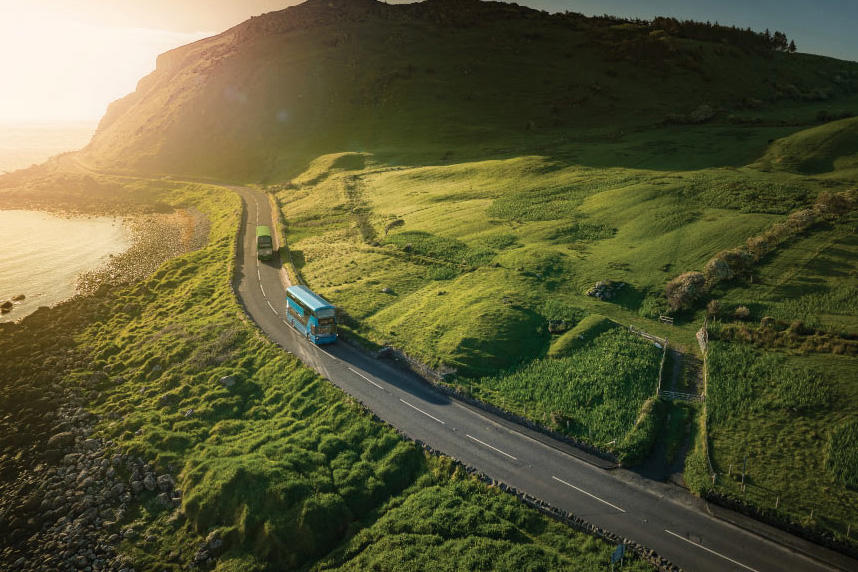 Wrightbus’s Streetdeck Hydroliner has a range of 280 miles and can be refuelled to 90% full in eight minutes. As with other hydrogen-fuelled vehicles, its only byproduct is water.

Meanwhile, the Streetdeck Electroliner has a range of up to 200 miles, thanks to a 454kWh battery, with Wrightbus claiming a “best-in-class” charging time of three hours at a rate of 150kW.

“The last two years haven’t been easy,” said Wrightbus owner Jo Bamford, who rescued the company back in 2019. “We’ve not only had to pull the company back from administration, but we’ve also had to get through unprecedented times, due to the effects of the Covid 19 pandemic.

“We’re continuing to invest not only in employees but [also] in the technological advances that will keep our buses at the very pinnacle of the industry.

“I’m proud to say Wrightbus is firmly back in business, creating jobs not just in Northern Ireland but indirectly across the UK – and this is only the start of the recovery.”

Wrightbus will be on the lookout for coachbuilders, welders, vehicles installation electricians and driveline and factory operatives when its hiring spree begins.

Analysis: Why the British bus industry is on the up

Best used cars for the price of a bus pass