Matt Prior: Snow idea for an automotive brainwave

As the deadline for Autocar’s Drivers of Change competition nears, Matt Prior provides some inspiration

Autocar’s annual Drivers of Change initiative is a terrific venture to promote industry talent. I’m probably contractually obliged to say this, but I also honestly believe it.

The short of it is that if you come up with an idea that would benefit and improve the automotive industry, you could win £5000, and perhaps other opportunities will follow. This year’s deadline is 24 September, and there are more details on Autocar’s website.

Last year, to help promote the initiative, some Autocar staff were asked to come up with their own ideas. So, what with it being during peak Lockdown v1.0, I put on a pair of pants and walked to my shed to record an idea on video.

And I thought it was all right, you know. An engineering company should design a flexible (not like that), skateboard-like electric vehicle architecture, I decided, with a battery pack between the wheels, widely adjustable double-wishbone suspension all round, the option of coating efficiency, up from 70%, a motor at the front, back or both, inverters wherever and mounting points for a body frame on top of it.

Then it would be sold at any length or width, whatever battery and motor size requested, to coachbuilders and niche manufacturers, who would then create cars around it. Anything from a long-range, rear-driven luxury coupé to a 4WD, short-range open beach buggy could be spawned from effectively the same platform. And it would save niche manufacturers from the expense and effort of creating all the hardware themselves. It would be like going to Ford and buying an engine and transmission but more so.

Little did I know that at precisely that time, something similar – PACES – was being developed in the UK by the Watt Electric Vehicle Company.

Anyway, I’m feeling so suitably buoyed by this sort-of success that, even though I haven’t been asked for an idea to promote this year’s contest, special correspondent James Disdale and I hit on one the other day. And here it is: the snow-globe gearknob.

I know. I’m not going to pretend that it’s anything other than middle-England whimsy. But you know how when December comes around, you head into the loft to pull down a load of lights and tinsel for your house? Well, do you do anything for your car?

What, then, if you could unscrew its knob and pop on a new one? Perhaps it could contain a scene featuring a model of your car, maybe being pulled by a reindeer, and every time you moved the stick or the car itself shook (which is basically all the time), the globe would be immersed in glorious festive snow.

Come on, Honda Civic Type R owners: don’t tell me you don’t think that aluminium ball gets too cold in winter. Maybe you could put a beachy-looking, sunny globe on for summer that would swirl sand into the air. Leaves in autumn. Blossom in spring. A globe for every season; a globe for every make and model.

There’s a market here that retailers haven’t captured (as far as a browse online suggests), and I’m blowed if I have the energy or initiative to do it. I know: it’s daft, it’s silly and it’s pointless. But when you push the N button in the Hyundai i20 N to engage a sportier driving mode, an animated ring of fire erupts around the rev counter. I laughed – and wanted an i20 N that little bit more. 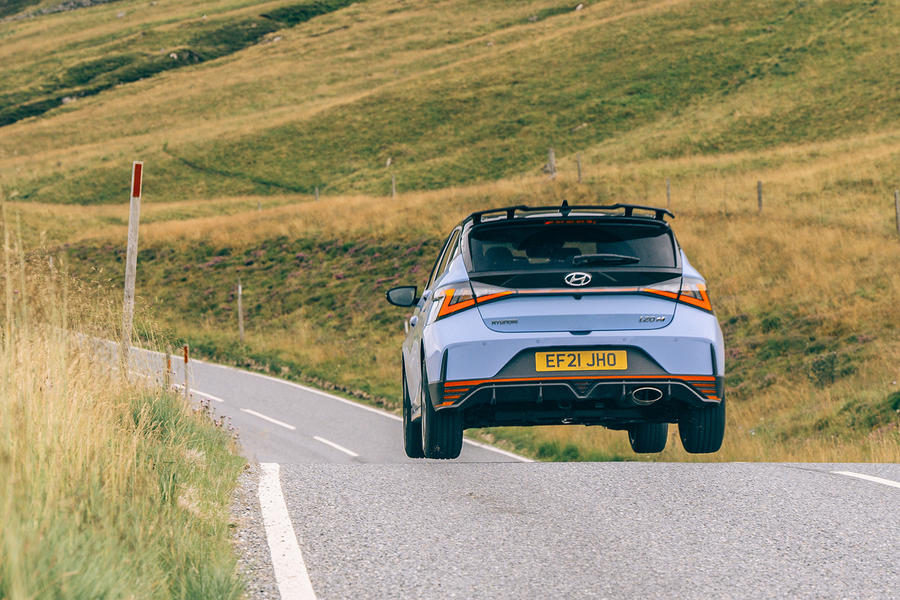 Matt Prior: why car engineers would love to drive more rivals’ cars

Matt Prior: How will supercars stay special in the EV era?