Roadster or coupé, the latest version of Audi’s iconic sports car is a stylish buy. We sniff out the deals. The current Audi TT was launched in 2014 so, if its forebears are anything to go by, it still has another three years to go before it’s replaced. Except that there are worrying noises that it may be the last of the line as Audi turns its attention to electric cars and SUVs.

That would be a tragedy because, in the 21 years that the TT has been on sale, it has carved out a special place in the used car market as an exciting but affordable motor built on solid foundations. Fiery versions of the Mk1 can’t be far off classic status now. It’s unlikely that the Mk2 and this Mk3 will be quite so revered but that only means they’ll be even better bargains as used cars in years to come.

Click here to buy your next used TT from Autocar

Either way, it’s not a lot for a stylish-looking coupé (there’s a roadster, too) that’s built on Audi’s aluminium-intensive MQB architecture and, as standard, comes with the car maker’s 12.3in virtual cockpit display.

The sweet spot in the line-up is the 227bhp 2.0 TFSI petrol. It’s spot on in front-wheel-drive form but the optional quattro four-wheel drive system brings extra security in the wet. Then there’s the deeply impressive 305bhp 2.0 TFSI TT S quattro, which shares many of its major mechanicals with the Volkswagen Golf R. Topping the lot is the 394bhp 2.5 TFSI TT RS quattro, which, in the hands of Autocar’s road test team, dispatched 0-60mph in just 3.6sec.

A facelift came in 2018. Major styling tweaks (reworked bumpers and new alloy wheels) were limited to the S line and TT S models but all versions got software updates to the virtual cockpit display. The 20 Years Edition also arrived. More dramatic, Audi took a knife to the range, lopping off the diesel and the 1.8 TFSI.

S line, Sport and, from 2016, Black Edition are the major trims but S line, with its larger alloy wheels, LED lights, sweeping indicators and special styling, strikes the best balance between price and kit.

The cheapest approved used TTs, backed by a 12-month warranty, begin at £15,500 for a 55,000-mile 2015-reg 2.0 TDI Ultra Sport coupé. We’d go for one of the petrols but, if you do the mileage and fancy a deal, there are enough diesel TTs out there that you may just have dealers eating out of your hand. 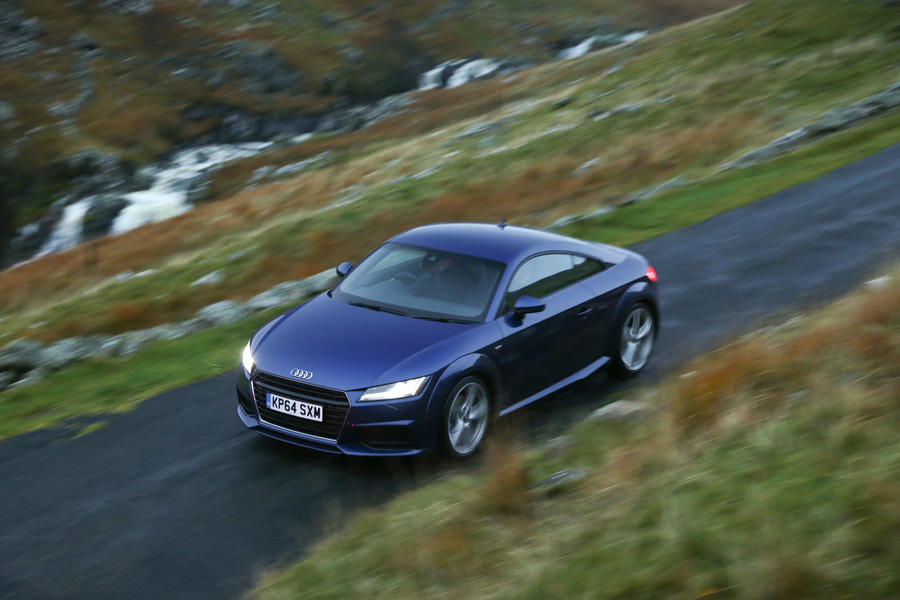 BUYER BEWARETransmissionIf the car is an automatic, make sure the ‘box has had fresh fluid and filters. Quattro versions like fresh fluid at the correct intervals, too.   SuspensionOn higher mileage cars have the wishbones and balljoints checked for wear.

WheelsThe kerb-sensitive alloys come in for most criticism among owners. The low-profile rubber does little to protect the rims.

InteriorWindows can freeze to the rubbers in winter, so look for tears.  Check for water ingress in the boot caused by ill-fitting trim. Inspect the plastic side trims on the seats for cracking.

Depending on condition, options and ownership history, a quattro TT can actually be cheaper than a front-wheel-drive model. For example, we found a black 2015/15-reg 2.0 TFSI S line auto with 50,000 miles for £19,490 and a quattro version of the same age and colour, and with the same mileage, for £19,000. 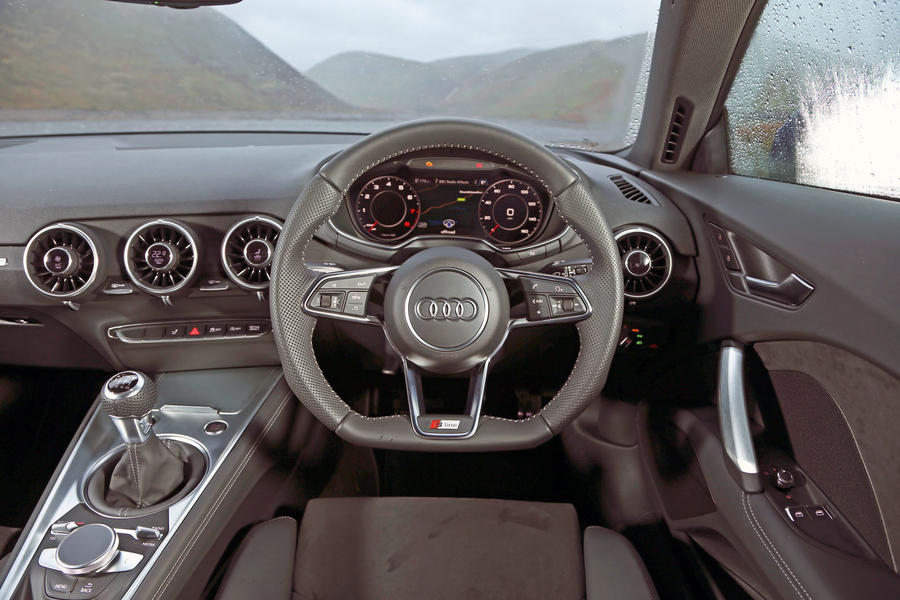 Updated Audi TT RS could be the last of its breed

The new world order at Audi, according to CEO Bram Schot