Its handling is one of many reasons for picking an F30

This could be all the car you’ll ever need. We talk you through the choices

The spectacle of all-new 3 Series saloons leaving your local BMW showroom can mean only one thing: a mountain of trade-ins, many of them the model’s predecessor, the F30-generation model of 2012 to 2018.

What a cracking car it is. True, by the end, rivals – notably the Jaguar XE, Mercedes-Benz C-Class and Audi A4 – had the measure of it but none was such an all-rounder as the F30.

Handling, composure, performance, efficiency, quality, image – the F30 has it all in abundance. Even the interior, on earlier models a weak spot for its bulky transmission tunnel, is roomy in the back. The boot’s a handy 480 litres, or larger if you find a car with optional folding back seats.

Click here to buy your next used 3 Series from Autocar

You want more grip? There’s four-wheel drive in the shape of xDrive. You want to join the hybrid revolution? Early on, there was the ActiveHybrid 3, followed later by the 330e iPerformance, a plug-in hybrid capable of up to 25 miles of pure-electric motoring. 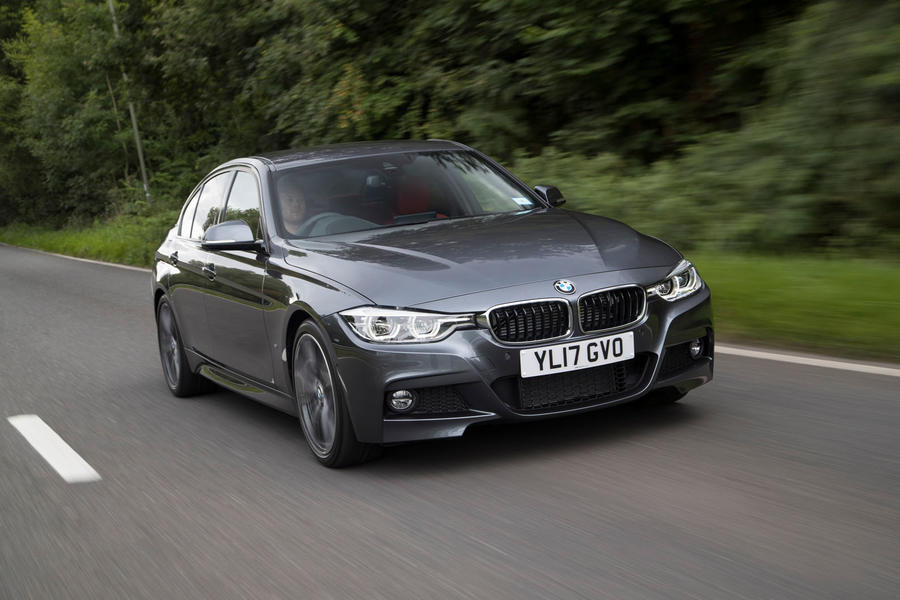 During its first year on sale, the F30 accumulated an impressive selection of engines, standouts being the smooth and lusty 320d, the snarly 330d, the creamy but potent 328i and its more frugal 1.6 turbo relation, the 320i EfficientDynamics. The 320d and 330d were EU6-compliant from launch. Buyers could choose between a six-speed manual gearbox or an eight-speed automatic, both superb.

In 2015, the then three-year-old F30 received a shot in the arm courtesy of restyled front and rear ends, LED headlights and a refreshed interior. At the same time, new engines – such as the three-cylinder 318i, the 99g/km CO2 320d ED and the seriously quick 340i – joined the range. The chassis and gearboxes were improved and more advanced infotainment features arrived. 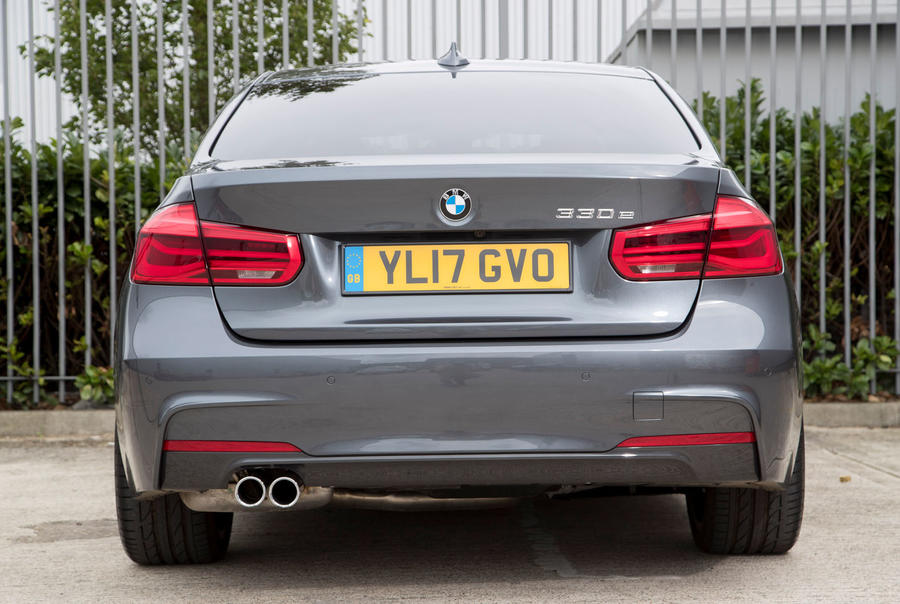 Throughout, standard kit has always run to alloy wheels and climate control. SE models have dual-zone climate control, automatic lights and rear parking sensors and Sport cars get sports seats and other racy bits. The Modern trim reaches out to BMW newbies with more informal colours and Luxury ladles on the goodies.

Can’t stretch to the mighty M3? You can always seek out the copycat M Sport, with its bodykit, larger alloy wheels and sports suspension. 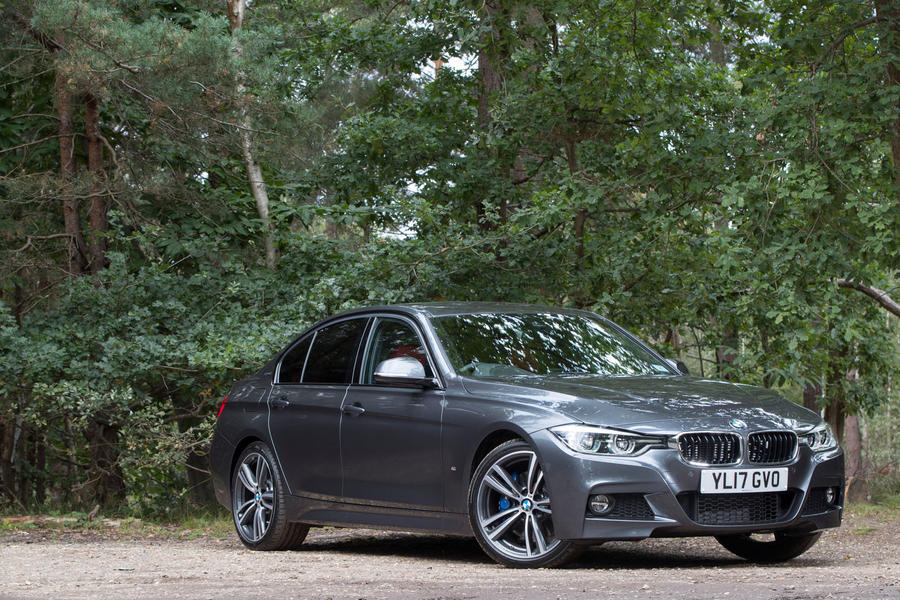 At the time of writing, the cheapest BMW approved used F30 was a 2013 320d ED with 50,000 miles for £9424; not bad for a car with a 12-month warranty and full service history. All F30s have variable servicing. On cars under five years old, check if they were sold with the five-year servicing pack. It could save you some money.

EngineAll variants have a timing chain and a ticking noise could be tensioner wear caused by infrequent oil changes. The N20 four-cylinder petrol engine in particular can experience timing chain problems. Warning noises include a whine or rattle. Fortunately, you can check the chain by unscrewing the oil filler cap and inspecting it but if it is noisy, the best advice would be to walk away. Diesel engines from 2015 onwards suffer fewer timing chain problems. Six-cylinder engines can suffer problems with their Vanos engine timing solenoids, leading to rough idling and a dip in power. A diesel that runs roughly may have a blocked EGR valve or a clogged DPF. Regarding all F30s, check the car turns over promptly on starting since starter motor problems are not uncommon.

TransmissionAs the car is driven past you, listen for the rear diff making a noise. It’s a common problem with all BMWs that have not had their diff fluid changed regularly, if at all. If the gearchange is obstructive, there are unpleasant vibrations when changing gears or you hear rattling noises, suspect the dual mass flywheel which has a history of premature failure. A less than smooth auto ‘box may simply require fresh fluid and filters.

RecallsThe F30 3 Series has been the subject of a few recalls, some of them very serious, so be sure they’ve been actioned.

Brakes and suspensionThe model has a reputation for getting through pads and discs, so factor heavy wear into your offer.

BodyCheck the rear lights for condensation and their seals for fit and tightness. Weak ones can let water into the boot. The paint has a reputation for shipping easily so inspect the bonnet and wings carefully.

InteriorThe front seat frames can corrode, causing them to squeak. The Bluetooth system doesn’t always pair successfully with a handset, so ask BMW for the update it offers. Check the odometer reading checks out with old MOTs and invoices. Listen for excessive wind noise from the windows at motorway speeds. A lifeless infotainment system may simply require a system reset.

Because it’s built so well, you should be alive to the risk of buying a clocked F30. In fact, it’s easy to give one a haircut because of its digital odometer but just as easy to interrogate the ECU and spot it. Check old MOTs, too.

Options typically depreciate faster than the car they’re fitted to so look out for extra toys at no extra cost. One worthwhile option is folding rear seats, but walk away from oversized wheels, which do little for the ride.

A full BMW service history may be expensive to maintain but it will always reward you with an easier resale. Still, don’t ignore the very capable BMW specialists out there who can save you money and who have more experience of older, leggier cars. 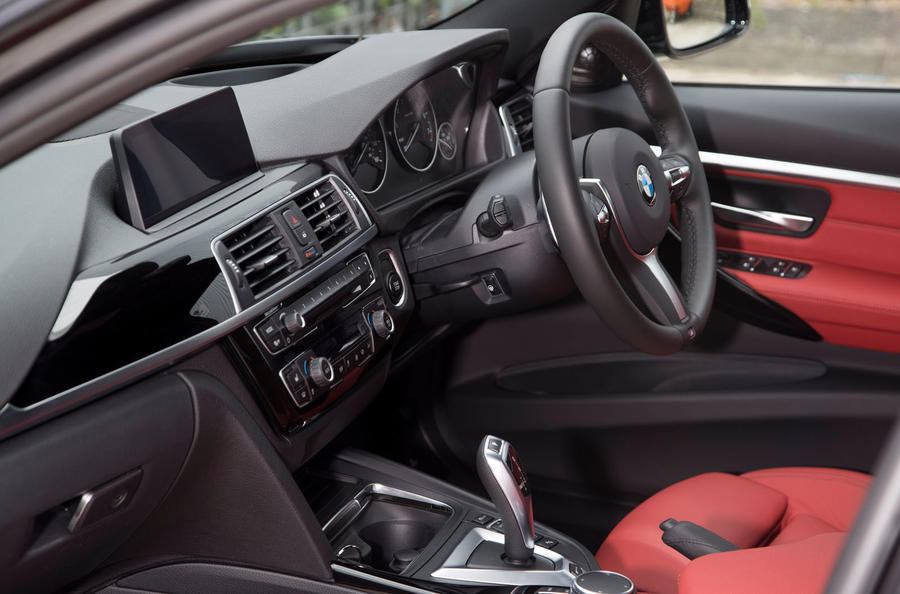 BMW 320d SE: Keep your sports suspension and big engines. We’ll take our F30 in SE guise with its more compliant suspension, powered by the 187bhp 320d diesel engine that can do up to 57mpg.

BMW 340I M Sport Auto: The smaller engines and standard springs – that’s the route to the F30’s heart. The 340i M Sport has none of these so we’ll just take its 3.0-litre turbocharged six-cylinder petrol engine for all it’s got.