The cheapest new MX-5 is the £19,495 1.5 132 SE convertible, but why spend that when you can spear a four-year-old 2.0 SE-L Nav rag-top for £10,995? Why subject yourself to the curse of depreciation when there’s a perfectly good MX-5 down the road on which the leeches have done their worst?

Okay, it’s done 53,000 miles and, for all we know, it’s had a couple of owners. It’ll have a few scratches and maybe the brake calipers look a little tired. On the flipside, it’s a Mazda-approved car, which means it’s passed a multi-point inspection and has a 12-month, unlimited-mileage warranty and breakdown cover.

The Mk4 MX-5 launched in 2015. Even smaller, almost as light despite having more kit, just as pretty in an edgier way and with a lower centre of gravity, it drew favourable comparison with its Mk1 forebear. Purists preferred the slightly lighter and revvier 129bhp 1.5 over the 158bhp 2.0 but took the 2.0-litre home anyway because it’s usefully quicker.

Click here to buy your next used MX-5 from Autocar

And then there were the trims. Basic SE came with cloth seats and valve radio, SE-L got climate-controlled air-con, DAB radio and a colour touchscreen, while Sport added rain-sensing wipers, rear parking sensors, BOSE sound system and leather. Most buyers plumped for the full-fat 2.0 Sport (see above); better still, the Nav version.

Later in 2015, Mazda scratched its special-edition itch with the 2.0 Sport Recaro based on the 2.0 Sport Nav. Limited to 600 cars, it has the aero bodykit, special alloys, an Alcantara-trimmed dash and Recaro chairs. The 1.5 Arctic special, with silver body detailing, followed in 2016 and the 2.0 Z-Sport in 2017. Bear in mind that as the MX-5 Mk 4 ages, condition and originality will trump any special-edition premium. 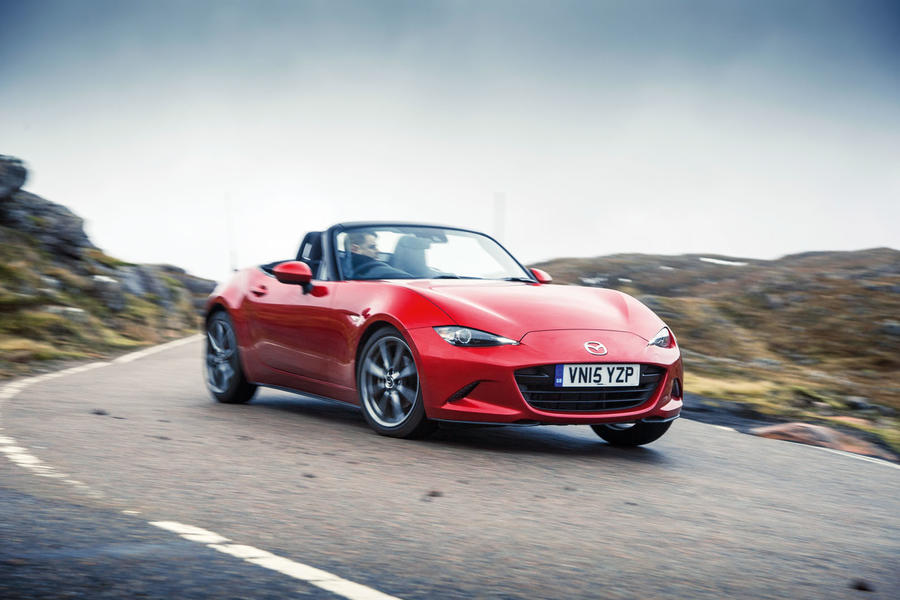 Also in 2017, the hard-roofed RF (for ‘retractable fastback’) arrived. Its removable centre section leaves the rear buttresses intact. It’s more convenient and quieter at a cruise but it’s heavier, more expensive and, to these eyes, not as pretty.

In 2018, the argument for buying the 2.0-litre Sport became stronger still when its rev limit rose by 700rpm and power went up to 181bhp, bringing the 0-62mph time down by almost one second to 6.5sec. Meanwhile, across all versions the steering wheel became telescopically adjustable.

I’ve since noticed the radiator is dented and the rear wing shows evidence of a small paint repair – blemishes not disclosed when I bought it. The rear numberplate was delaminating, too, and I had to buy mats for the car. The experience shows that approved used schemes still have a way to go, but as a way of avoiding the leeches, a used MX-5 Mk4 is definitely the way forward. 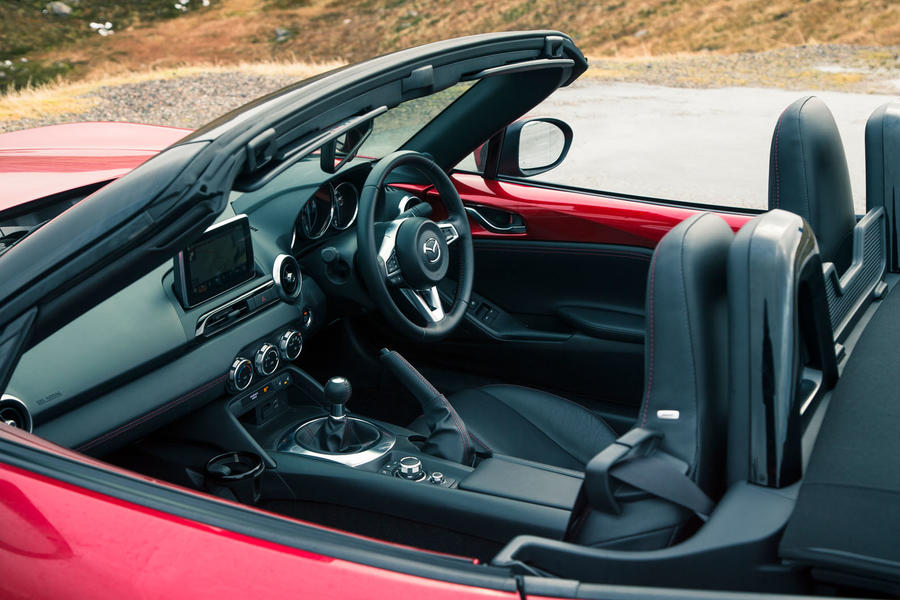 BUYER BEWAREEngineThere’s no service book so you’ll need to check the service history with a dealer or with Mazda. Invoices will show you the detail of what’s been done. The stop-start system requires many things including the charge state of the capacitor and even the angle of the steering wheel to be just-so, so don’t be too concerned if it doesn’t work on the test drive. It probably will do in the future and especially if you do some long drives.

RoofCheck for heavy algae staining round the lower edge of the hood. A soft brush and a proprietary cleaner such as Auto Glym’s Convertible Soft-top Clean and Protect will fix it. Water leaks are rare but check for damp carpets anyway. Make sure the drain holes on the windscreen scuttle are clear (they block up easily). A well-adjusted hood shouldn’t rattle unduly on the test drive.

LockingCheck the automatic door lock system works. It doesn’t always but this is not necessarily a fault. It usually decides to work later for some inexplicable reason.

InteriorWhere fitted, check the seat heating works since leaning on the seats to open the roof can damage the heater elements. Check with Mazda if any sat nav map updates have been performed. A system update may also be necessary if they have.

Wheels and tyres Examine the tyres for uneven wear and the wheels for scrapes. The rims are well protected by the tyre side walls but it’s still possible to grind them on a kerb.

BodyStonechips on the nose and bonnet are common but since it’s made of aluminium, not a serious issue. Touch-up repairs are a sign of caring ownership. Check the front bumper underside for grounding and the sills for damage caused by the seatbelts being trapped in the doors as they’re closed.

If it’s going to be your only car, know that motorway journeys are likely to be something of a chore in the convertible. You’ll want the 2.0-litre for those, but whichever engine you choose, be prepared for road noise at a heroic level.

If you’re parking it outside and don’t have anywhere for it to find shelter, consider getting a cover for the hood. Sounds daft, but an MX-5 is such a sweet car that you’ll want to do everything to protect it from the worst the elements can throw at it. It helps to keep it more secure, too.

Look out for used MX-5s with the optional safety pack that brings rear and blind spot assist, a reversing camera and LED headlights. Blind spot is especially useful on the RF, which has deep buttresses. 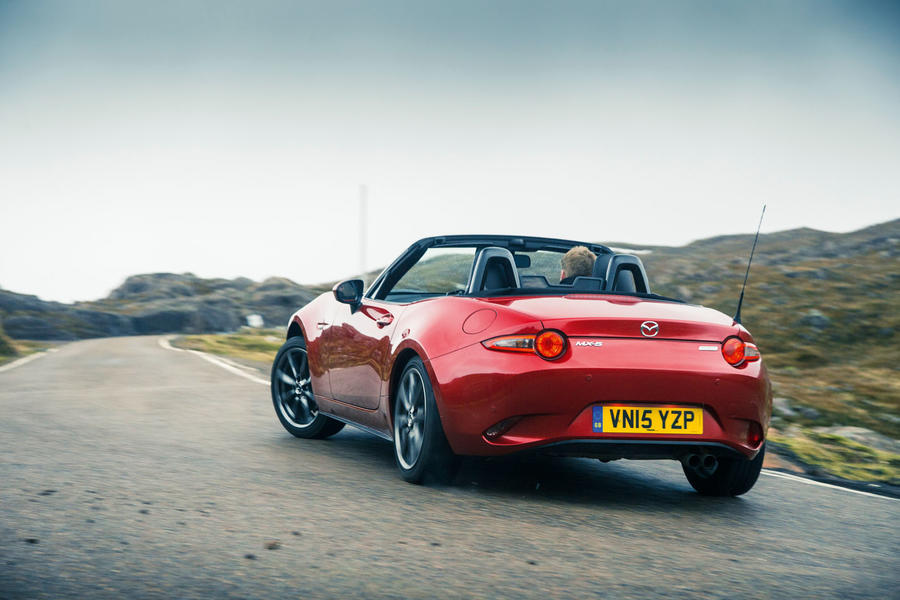 The uprated 181bhp engine that accompanied the mid-life refresh has more mid-range punch yet still delivers 47mpg with a light foot. You don’t have to work it as hard as the 1.5, sweet though that engine is.

Hardly a wild card but a basic 1.5 SE from 2015 feels like the purist’s choice. Light on its feet, keen to rev and stripped of fripperies, it seems closer to the MX-5 ideal. 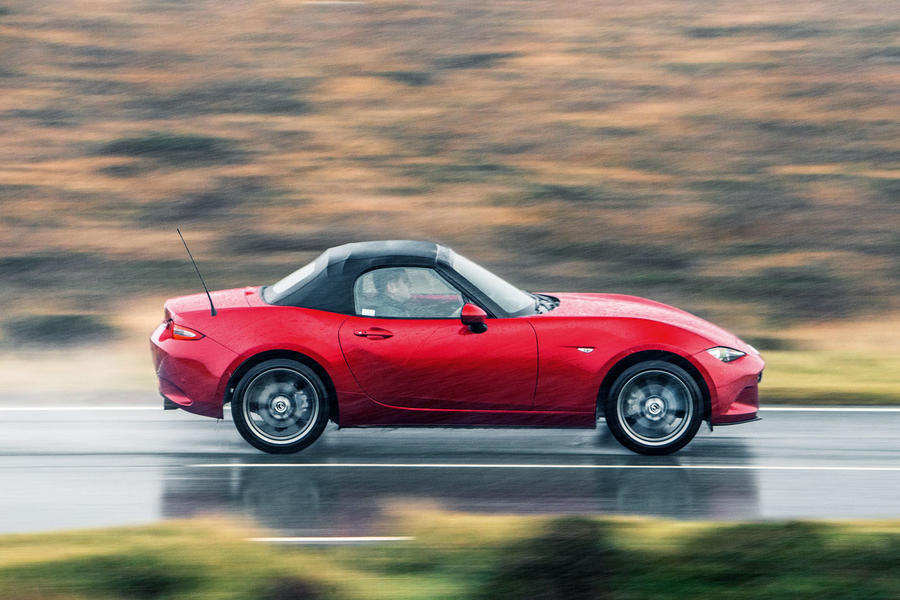