The facelifted 991-series 911 has never been cheaper. We’re here to guide you to the right buy

Better still, like so many 911s, it’s not in standard trim. Instead, it has uprated wheels, a Bose sound system and the Sport Chrono package that takes the chassis, engine and transmission to new levels of responsiveness.

It’s a great example of the facelifted 991-series 911, whose most notable advance was the adoption of a 3.0-litre flat six engine fed by twin turbochargers. In standard Carrera trim, it produces 365bhp and has 20bhp and 44lb ft more than the naturally aspirated 3.4 that preceded it. The Carrera S uses the same engine but with bigger compressors to produce 414bhp and the same margins of improvement over its 3.8-litre forebear. If you find yourself poking around 2015-reg cars unsure whether you’re looking at pre- or post-facelift 911s, the latter have bigger engine grilles and extra vents to keep those big blowers cool.

Click here to buy your next used 911 from Autocar

Of the two facelifted versions, the more powerful Carrera S is, naturally, the more thrilling and also the more numerous. New, it cost almost £86,000, or £10,000 more than the Carrera, but today that gap has narrowed to the point that you can snag a pukka 2016-reg Carrera S PDK with 25,000 miles and full Porsche service history for £62,500. 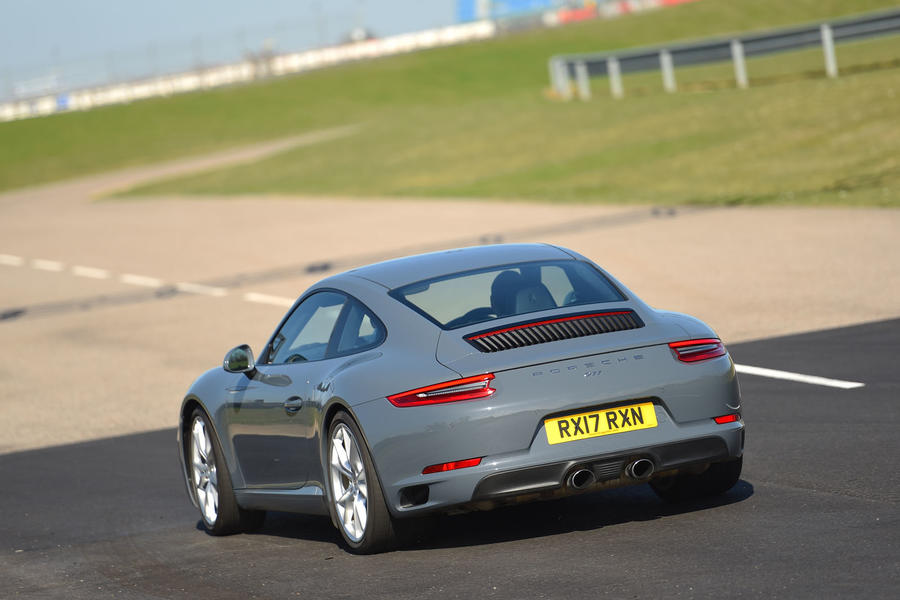 The car we’re thinking of has £20,000 of options fitted to it as well, including adaptive sports seats, interior carbon package, Sport Chrono, illuminated privacy glass… It’s a good example of how, when shopping for a 911, more than comparing prices, it pays to compare specifications, too.

If you’re seeking an even purer driving experience than the S can muster, check out the Carrera T, launched in 2017. Based on the standard 365bhp Carrera, it weighs 20kg less by virtue of having no rear seats or infotainment system but has some vital kit as standard to the extent that it feels as fast as an S. A 2018-reg with 4000 miles costs around £75,000. (New, it was £85,500.) It’s a classic in the making. 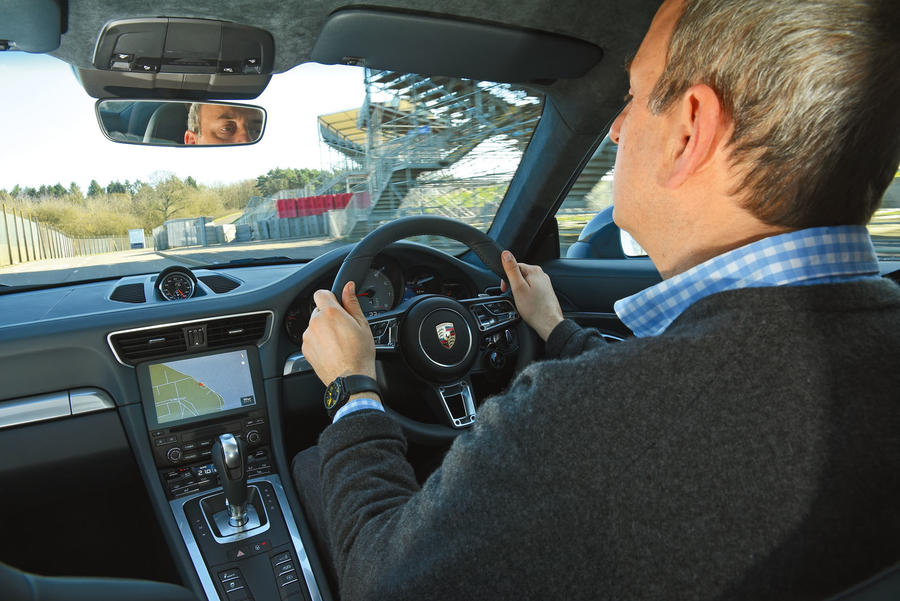 And let’s not forget the four-wheel-drive Carrera 4 variants, the cabriolet and the Targa. The last two are very personal choices but the Carrera 4, in standard and S guises, has broader appeal, not least thanks to its sure-footedness in all conditions. All the same, a Carrera S is better.

Porsche 911 GTS: Not as extreme as the RS, this more focused evolution of the Carrera S nevertheless boasts 434bhp. Crucially, though, it retains much of the everyday drivability of lesser versions. 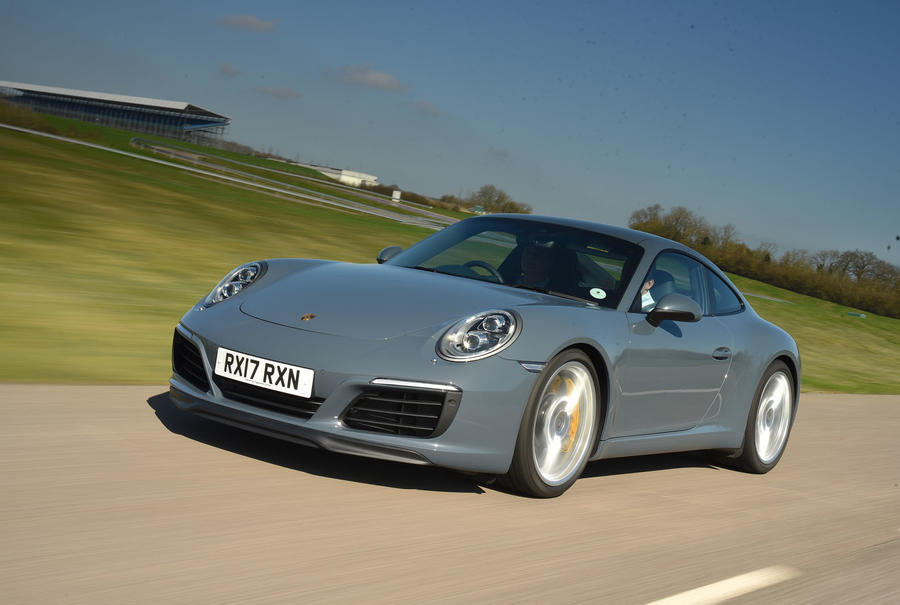 Engine  Interrogate the ECU for engine events, including extreme over-revving. Check the exposed, front-mounted radiators and air-con condensers for damage and debris.

Transmission If it’s a PDK car, be sure changes are smooth and trouble-free. Be sure the fluid and filters have been changed regularly, too.

Suspension Listen for creaks and groans indicating worn bushes and check the tyres for uneven wear, especially on the inner shoulders of the rear tyres. If fitted with PASM, check there are discernible differences between the ride modes.

Brakes and tyres Check the fluid has been changed every two years and that there are no cracks extending from the drilled holes on the discs. If fitted with carbon-ceramic discs, be sure they have plenty of life remaining because replacements are extremely expensive. Having established tread depth is sufficient, check the ages of the tyres shown on the sidewall. Older than five years is not recommended. They should be N-rated tyres, too.

Electrical Be sure the change-over valve (COV) solenoid was replaced as part of a Porsche workshop campaign. It controls many features from the air cleaner flap to the fuel tank vent valve.

VIN number Check this matches the one shown on the V5.

For the first time, rear axle steering became an option on Carrera S versions. It cost £1530 and its effect is to subtly increase stability at speed. Also, at low speeds, the rear wheels point in the opposite direction to the fronts, aiding parking.

The official three-year warranty on cars registered in 2015 will have expired but it is possible to buy an extended warranty (at a price) from Porsche that is comparable with the original one. The car will need to be inspected first.

Worthwhile options include lowered sports suspension (it cost £558 when new) and a sports exhaust (£1773). The PDK automatic gearbox has proved very popular but, in years to come, the rarer, standard manual may be more sought after.

Porsche 911 Carrera S: Fast, familiar and, frankly, fabulous. It’s easy to buy and easy to sell on. There are lots to choose from but make sure, when shopping around, that you’re comparing Äpfel with Äpfel.

Porsche 911 GT2 RS: With its 3.8-litre twin-turbocharged engine churning out 690bhp, this rival to the Lamborghini Huracán Performante can shrug off 0-62mph in 2.8sec on its way to a top speed of 211mph.

2022 Porsche Boxster and Cayman to get hybrid and EV options