An ambitious, off-road-capable supercar created by the eponymous company of Marc Philipp Gemballa (son of the late Gemballa tuning firm owner Uwe) has been unveiled, with production set to begin later this year.

Based on the latest Porsche 911 Turbo S, the Marsien takes its name from the French word for Martian, inspired by Mars-like sand dunes of the desert in the UAE where the car was developed.

Tuning expert Ruf has uprated the six-cylinder engine to produce 740bhp and 686lb ft of torque, allowing the Marsien to hit 0-62mph in 2.6sec on its way to a top speed of 205mph.

Customers can opt for a ‘second stage’ upgrade that lifts power again to 819bhp, thanks to the addition of enhanced turbochargers, revised engine mapping and transmission changes. 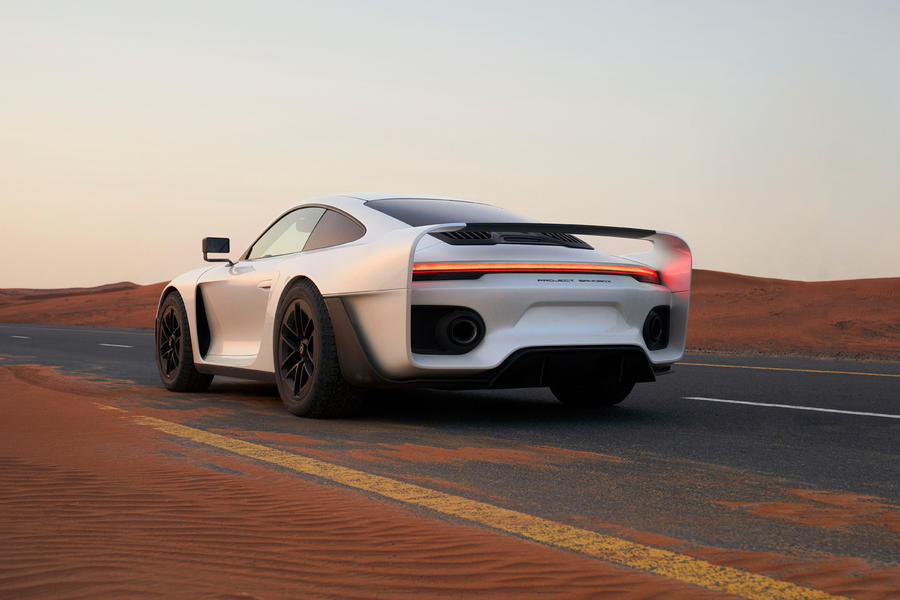 Formerly known as Project Sandbox, the base vehicle has received a number of radical changes to make it capable of tackling rugged terrain.

The suspension is entirely bespoke and provided by specialist KW Automotive, which has fitted double wishbones at the front with solid piston damper technology and ‘intelligent active damper control’. The ground clearance can be increased from 120mm in ‘road mode’ to 250mm for off-roading.

The dampers are said to react to the conditions in 20 milliseconds, plus driving modes for gravel, mud, sand and snow have been added to those already supplied by Porsche for road driving.

The Marsien is supplied with two sets of forged aluminium wheels with centre locking, as well as Michelin Ultra High Performance and All Terrain tyres.

For customers wanting to focus on off-roading, there’s an optional package with Reiger suspension and rally dampers that offer even more suspension travel and ground clearance than is standard.

Other upgrades include an entirely carbonfibre body, manufactured by a German company that also supplies Formula 1 teams. There’s a bespoke titanium exhaust, the transmission has been revised to deliver power to all four wheels more consistently and the bodywork has been developed using CFD (computational fluid dynamics) software to ensure efficiency and safety at high speed.

Inside, there’s a choice of a full leather or Alcantara interior trim to complement the carbonfibre centre console, although Gemballa says “full customisation” is available, suggesting customers can specify the cabin as lavishly as their budget allows. 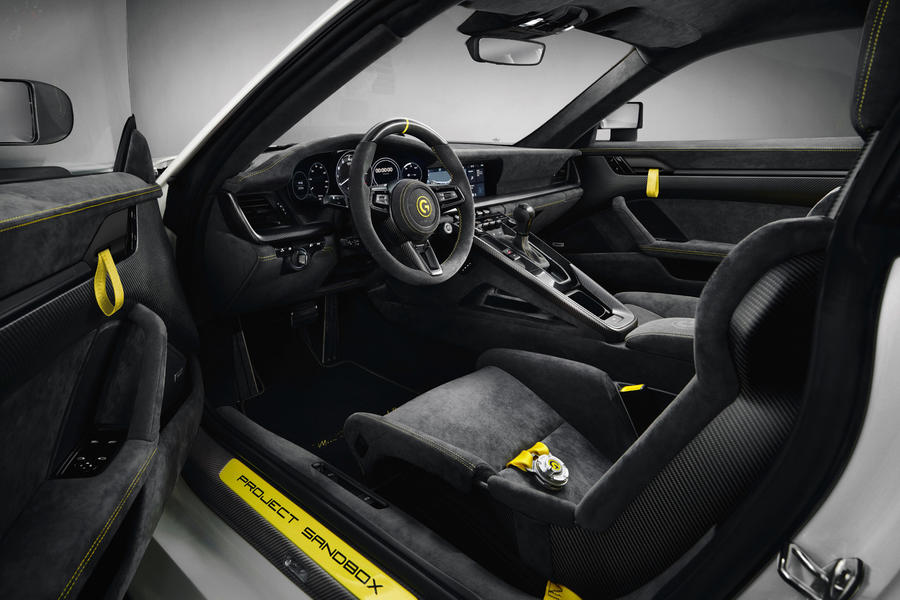 The car is currently being homologated for European, Middle Eastern and US markets, with production limited to 40 units. Of those, 10 limited launch edition models have already been sold, and more than half of the remaining 30 have been accounted for as well.