Perception is everything for motorsport championships: they’re only ever as strong as people believe them to be. And the sudden announcement by Mercedes-Benz that it will quit the ABB FIA Formula E World Championship at the end of next season is a blow to the perceived strength of the electric single-seater championship.

For starters, Mercedes has only just competed its second season as an official Formula E entrant, and it has also just won the drivers’ and teams’ championships. Its withdrawal came just days after Audi and BMW both competed in the championship for the final time. Losing one manufacturer is unfortunate; losing three is undeniably a trend.

So how worrying is this for Formula E, a championship that has grown incredibly in its seven seasons largely due to an influx of support from manufacturers eager to showcase their electric ambitions?

Notably, Mercedes specifically cited the need to focus its resources on the ramp-up of its electric road car development, and the fact that it’s quitting Formula E to do so implies that it doesn’t see the championship as a true testbed for EV technology. 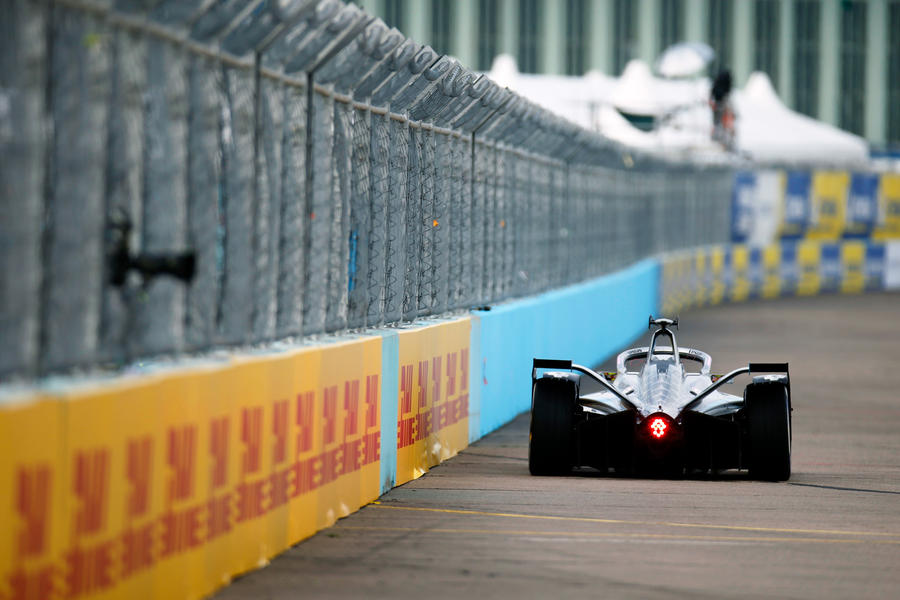 That suggests concerns with Formula E’s four-year generational rules cycles, which are used both to keep costs in checking by preventing a manufacturer-fuelled development race and ensure the on-track technology is reliable. That relatively controlled pace, along with limiting manufacturers to only developing the powertrain itself, doesn’t reflect the rapid pace of EV development. Just consider how far roadgoing EVs have come in the past four years.

That said, I’ve recently spoken to officials from DS, Jaguar and Nissan who all insist that Formula E offers an excellent technological proving ground – and all three of those firms have committed to the Gen3 rules package that will come into force for the 2022/2023 season, effectively locking them into Formula E until 2026.

Of course, technology transfer is only part of Formula E’s appeal. Primarily, motorsport is a marketing exercise, and Formula E offers manufacturers a rare chance to showcase their EV credentials in a performance environment at a comparatively low cost.

But much as Formula E has grown in reputation through its ability to attract manufacturers, it still struggles to win fans in the same way, reflected in both viewing figures and TV rights sales. And now that Audi, BMW and Mercedes all have a line-up of competitive and credible EVs on the road, do they need to prove their EV capabilities through racing?

Then again, while the loss of Germany’s big three is a big blow to Formula E, it isn’t an insurmountable. As noted, the likes of DS, Jaguar and Nissan have committed long-term to the championship. Jaguar has said it will use Formula E as a key part of its Reimagine strategy to transform into an EV-only premium brand, for example.

Meanwhile, Formula E is carving itself out a decent niche in motorsport with its mix of city-centre street circuits and somewhat brutal, no-compromising racing. It might not be to everyone’s tastes, but it has proven that electric motorsport can be more than just a novelty act.

Still, its big challenge will be in managing perceptions of the championship. When manufacturers were signing up seemingly every week, it had the sort of momentum and growth that inspired confidence. Losing three manufacturers in quick succession, by contrast, is going to raise doubts.

Formula E bosses need to prove that the championship is stable and secure enough to withstand such blows – and keep on growing.

Eight lessons Alex Lynn can teach us about Formula E