Revived coachbuilder Radford’s debut model – a two-seat coupé inspired by the venerable Lotus Type 62 racer – will make its UK debut next week at the Goodwood Revival.

The limited-run 62-2, featuring a mid-engine layout with ‘race-inspired’ underpinnings, will be shown for the first time in John Player Special specification – which will account for just 12 of the 62 units being built.

The car has been developed by the US-based Radford outfit, which has revived the name of a prolific British coachbuilding marque founded in 1948, the same year as Lotus, which has supported the project. Radford is fronted by former Formula 1 world champion Jenson Button, designer Mark Stubbs and broadcaster Ant Anstead.

It will remain faithful to the original 1960s model, standing low at 1133mm tall, with wide wheel arches and side air intakes. Rear ducktail spoilers can be selected on some models, and the interior has been described by the firm as ‘uncluttered.’ 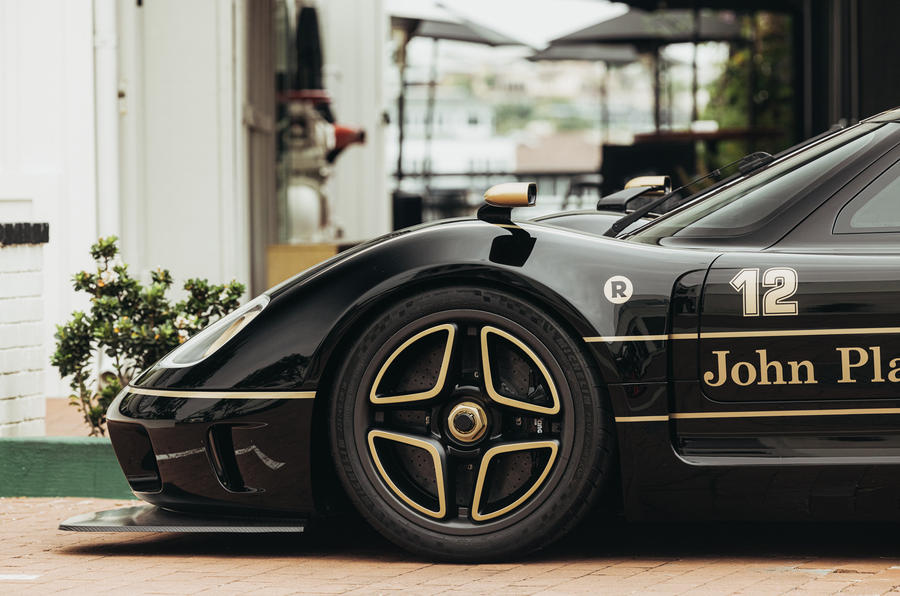 Three specifications, ‘Classic’, ‘John Player Special’ and ‘Gold Leaf’, will be available at launch, each inspired by a historic Lotus motorsport livery and driven by a Toyota-derived 3.5-litre supercharged V6, shared with Lotus’s new Emira sports car, with a choice of either a six-speed manual or seven-speed dual-clutch transmission.

The basic Classic Type 62-2 produces 430bhp, with a claimed power-to-weight ratio of around 1:1, while Gold Leaf models gain upgraded pistons, con-rons, camshafts and electronic mapping, taking output to around 500bhp. In-depth performance figures for the models have yet to be revealed.

The Gold Leaf version also gains design cues inspired by the race car’s livery and rear wings, which, on the original Type 62, were added by Lotus for additional downforce after track testing. It also has the option of a limited-slip differential when the dual-clutch transmission is selected, and advanced ABS and traction control.

The John Player Special, meanwhile, caps the line-up with an upgraded supercharger boosting output to 600bhp. Its styling is subtly different, too, with the increased performance arriving alongside improved aero from a larger front splitter, air intakes and rear diffuser.

Classic models are equipped with 17in front and 18in rear wheels, which are upgraded to 18in front and 19in rear on Gold Leaf cars. All Type 62-2 models are constructed with an aluminum chassis, coil-over spring suspension with four-way adjustable dampers and optional hydraulic nose lift.

Radford co-founder Jenson Button said: “Creating a car that is simultaneously luxurious and comfortable, and great to drive, is a tough challenge, but the first Radford of the modern era delivers. Type 62-2 is a driver’s car at its heart. When you see the design, it looks just like a ’70s Le Mans car.

“When you sit behind the steering wheel and look through the curved windscreen, you can see the front wheel arches – something you just don’t experience on road cars today. With such a low centre of gravity, the car’s body doesn’t roll. The chassis exhibits all the hallmarks of a beautifully set up race car for the road – gifting the driver supreme confidence to extract maximum enjoyment every journey,” he said.

Radford claims the Type 62-2 can be used on a day-to-day basis. It’s fitted with modern technology, too, with rear-facing camera tech replacing traditional wing mirrors.

Interior images have not been revealed yet, but the firm says there’s enough luggage space for two people, and a 6.0in digital driver’s display is used in place of traditional dials. The Type 62-2 is also equipped with wi-fi connectivity, integrated LED lights, customisable digital switch inputs, Bluetooth technology and a five-speaker sound system.

Prices have not been made public, but production is limited to just 62 models and is expected to begin in late 2021, with the first deliveries taking place early in 2022.

The firm says customers will oversee every step of their car’s development, including the design stage, engineering milestones and project updates. Drivers can also choose to collect their car from Radford’s base in California.

Under the skin: why the Lotus Emira’s four is more exciting than its V6