The Merc 190 is a satisfying, classy, everyday saloon that was built to last, which is why there are still so many good ones around today

If you’re looking to buy a reliable, modern classic or a daily driver with a difference, then relax: you’ve just found it. The Mercedes- Benz 190 is an old-school Merc of unimpeachable quality designed to sell in big numbers. (Almost two million were sold during its 11-year run, from 1982 to 1993.) Mercedes spent over £600 million developing the model, declaring the result to be “massively over-engineered”, a phrase that should be music to the ears of anyone seeking a 190 today.

You can have your 190 in any bodystyle you like, so long as it’s a saloon. Even by today’s standards, it is comfortable, smooth and agile, with light and accurate steering. Injected versions merely enhance this impression. Safety kit is good, with airbags and seatbelt pre-tensioners fitted as standard. Anti-lock brakes were optional. 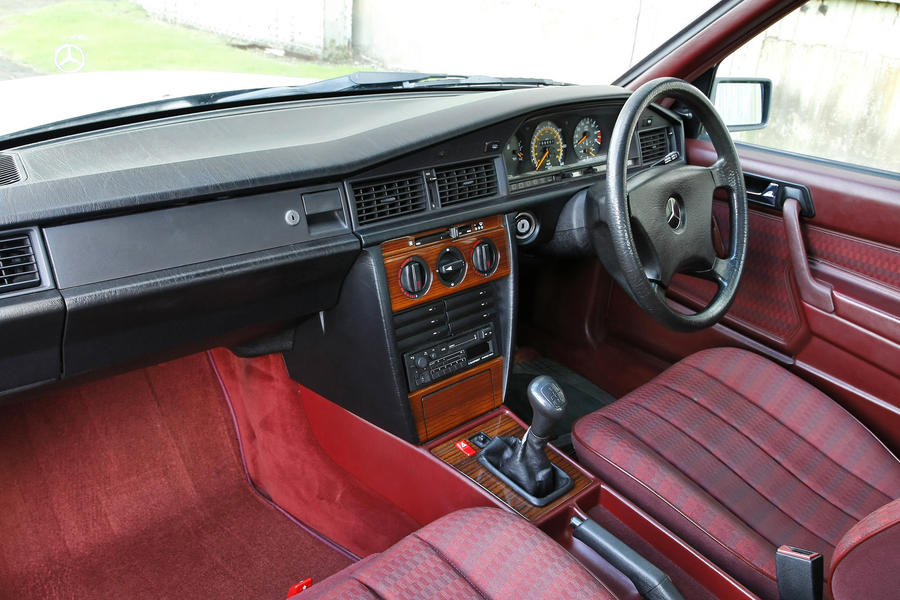 From launch, the petrol engines ranged from a naturally aspirated 2.0-litre (it produces a modest 89bhp) to the powerful 2.3 and 2.5-litre 16-valve engines in the 190 E Cosworths. In between is a six- cylinder 2.6-litre petrol that delivers 164bhp. The one diesel engine is a naturally aspirated five-cylinder 2.5-litre producing 89bhp. Far from being a noisy, old-tech oil-burner, it’s actually very quiet, so much so that Mercedes named it the ‘whisper’ diesel. It’s pretty much unbreakable, too, and will run on anything. For example, 190 expert Mark Taylor claims to know someone who runs his on a 50:50 blend of old engine oil and paraffin, refreshed from time to time with a tank of diesel.

With the 1989 facelift, the 190 gained more rear leg room and deeper bumpers. Being a 1980s Mercedes, the model came with few creature comforts. Instead, its appeal lay in its quality and exclusivity. (Remember, this was before easy- payment PCPs had been invented.) Still, if you had deep pockets, there were options such as power windows and mirrors, a sunroof, air conditioning, armrests, special wood trim and MB-Tex upholstery. Happily, many surviving cars have all or some of these. Happier still is that there are many 190s to choose from, so there’s no reason to buy a dud. 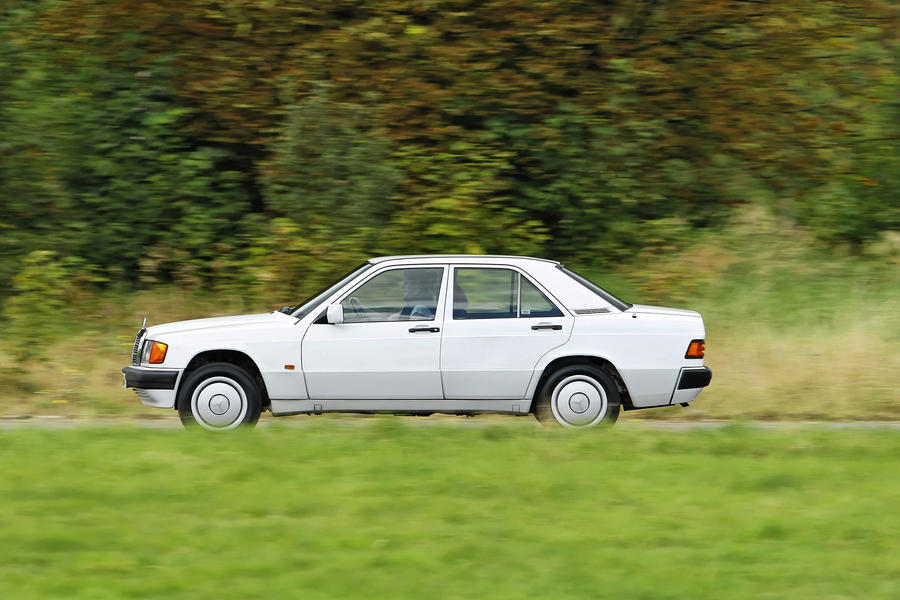 “I first became aware of the 190 in the late 1980s. I had to move the company cars around where I worked and one day moved a 1.8. As I looked around the cabin, I couldn’t understand why anyone would pay a fortune for a car with windy windows and plastic seats (I didn’t realise they were covered with MB-Tex, a hard-wearing leather substitute) when you could have a better-equipped Sierra for much less. And then I drove it. I was hooked by its sheer quality. Years later, I started my business dealing in classic Mercedes, including the 190. There’s still a very strong demand for the right cars and I reckon prices have risen 30% in the past 12 months.”

Pre-19882.0-litre engines have a single-link, simplex chain that should be replaced every 70,000 miles (around £700). Post-1988 cars went to a stronger, double-link, duplex chain. All engines can suffer head gasket failure, often caused by incorrect coolant. On carburettor models, beware flat spots in the performance. On injector cars, the injection system is electromechanical and needs old-timer workshop skills to service.

The four-speed auto is tough and requires fresh fluid and filters every four years. The five-speed manual is also strong, but to operate at its best it requires automatic transmission fluid rather than gearbox oil.

Front lower ball joints wear and springs break, but bushes and most components are hard-wearing.

Check for corrosion on the inner wings, especially under the water bottle and on the battery tray. Look for acid leaking from this onto the bulkhead and into the cabin. The deeper rear bumpers on post-1988 facelifted cars trap dirt, causing the boot floor to rust. Rust can also lurk below the jacking point covers.

The doors cards lift and break at the top. Replacements are expensive. MB- Tex is the toughest seat trim, followed by the standard cloth. The rare velour trim tends to go threadbare.

A 190 can take a high mileage in its stride, which is why, back in the day, it was a target of clockers. Today, the presence of so many examples with sky-high mileages suggests it’s not the problem it was. Even so, you can confirm the current mileage with old MOTs (www.check-mot.service.gov.uk), although records go back only to 2005.

How much to spend

Driving the legends of the secret Mercedes archive